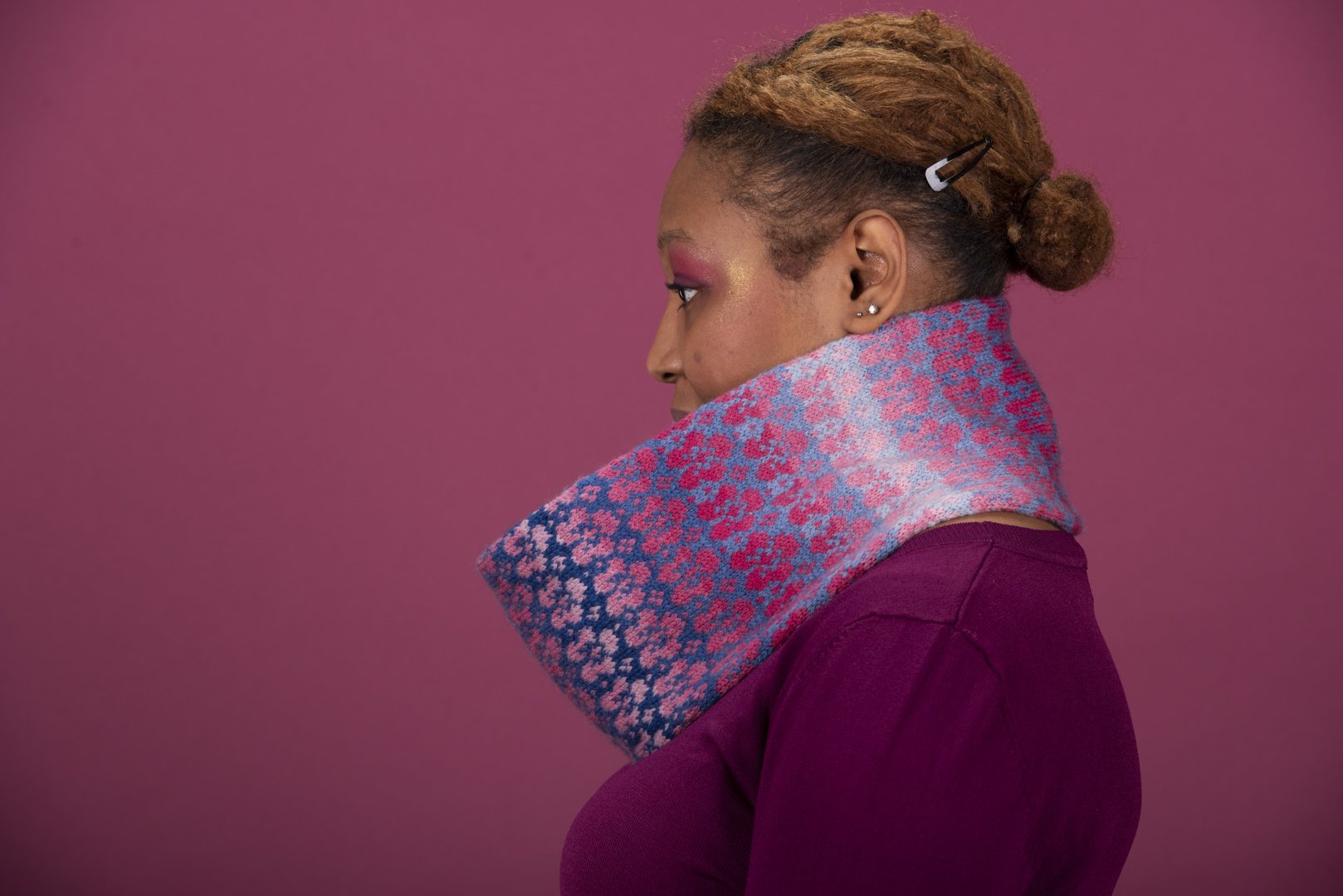 Today in the KNITSONIK & Friends Colour to Knit Club I was finally able to launch Flombre – Flowers + Ombre – a super matchy accessory set of cowl, hat and mittens which 1. celebrates the interplay of light and shade on flowers 2. utilises the wondrous gradient powers of John Arbon Textiles’ Knit By […] 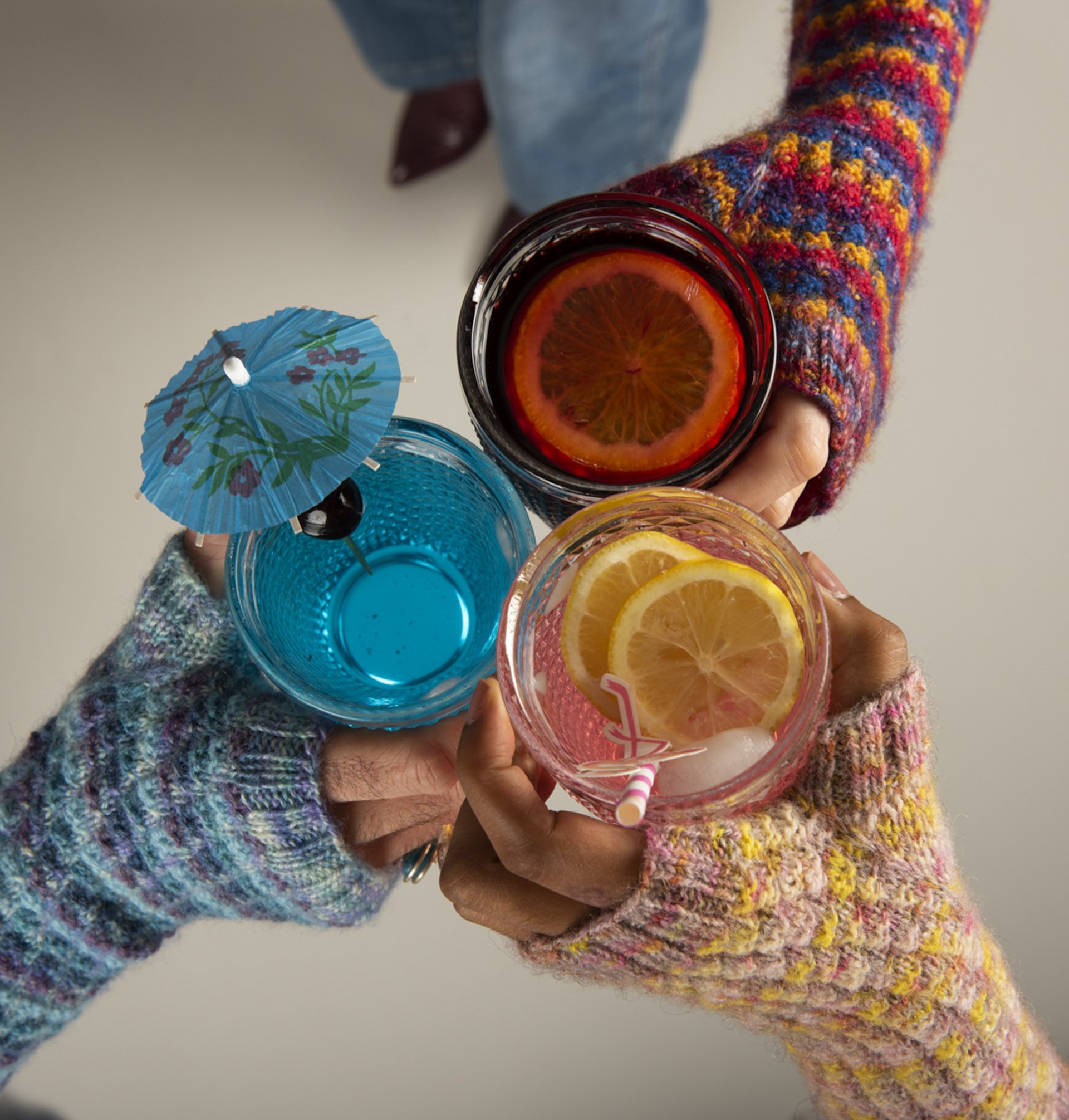 Hello! Today I want to tell you all about Cheers! – the second design in the KNITSONIK & Friends: Colour to Knit eBook (publishing online in the KNITSONIK shop on August 1st, 2022). Cheers! by Nolwenn Pensivy is a glorious ode to variegated yarn, stranded colourwork and beverages of choice: what is not to love? […] 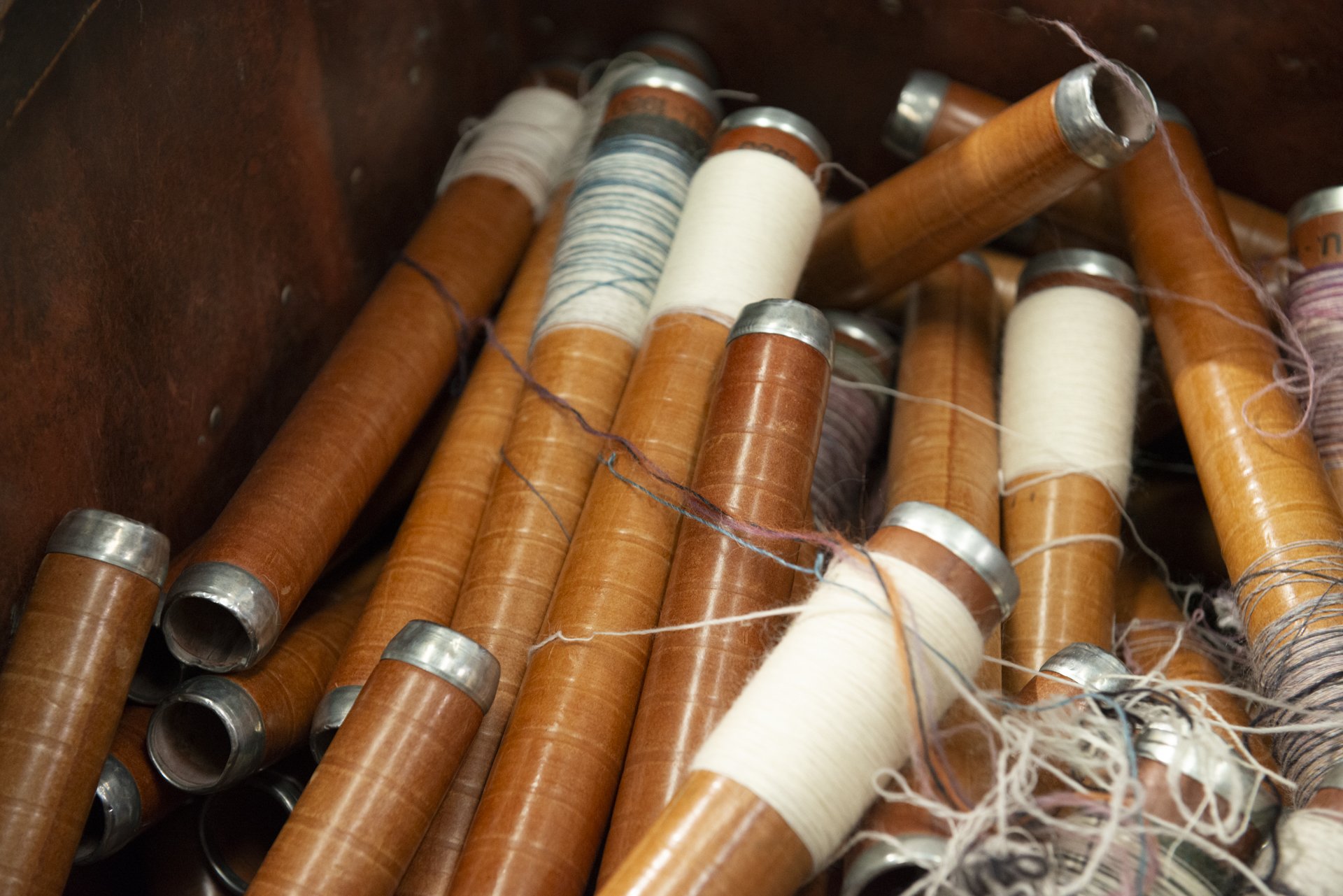 Massive shout out to everyone at John Arbon Textiles for putting together a brilliant Mill Open Weekend last weekend: it was a real treat to be involved and to see so many friends after so long. The marketplace was just the right size where you can find moments to chat, and where there’s enough space […] 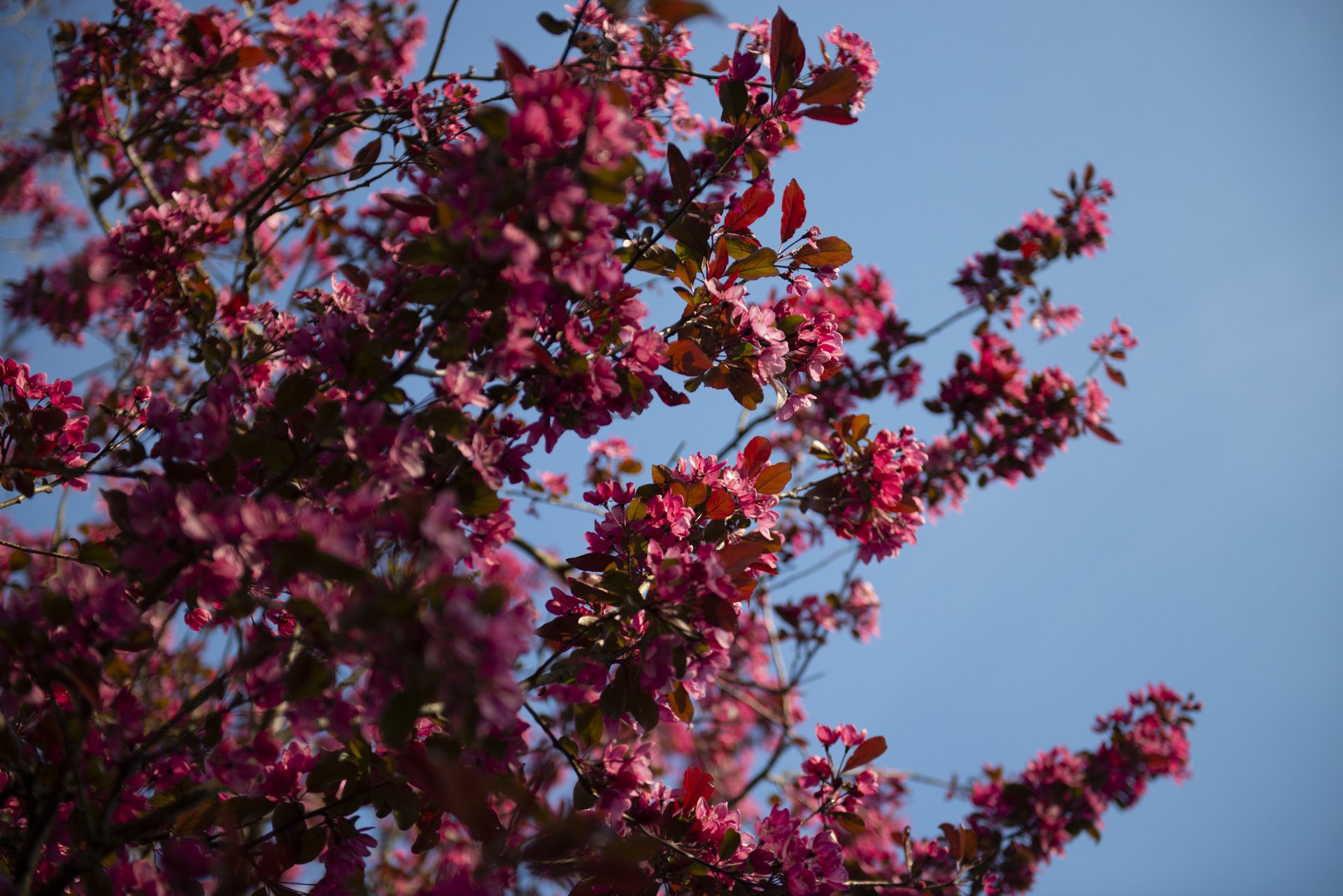 Just popping in to share two things. 1. my friends at John Arbon Textiles are having a Mill Open Weekend (MOW) in just over a fortnight, woohoo! 2. I will be giving a workshop as part of this, and also a talk. These are my only face-to-face teaching and public-speaking engagements of 2022 and I […] 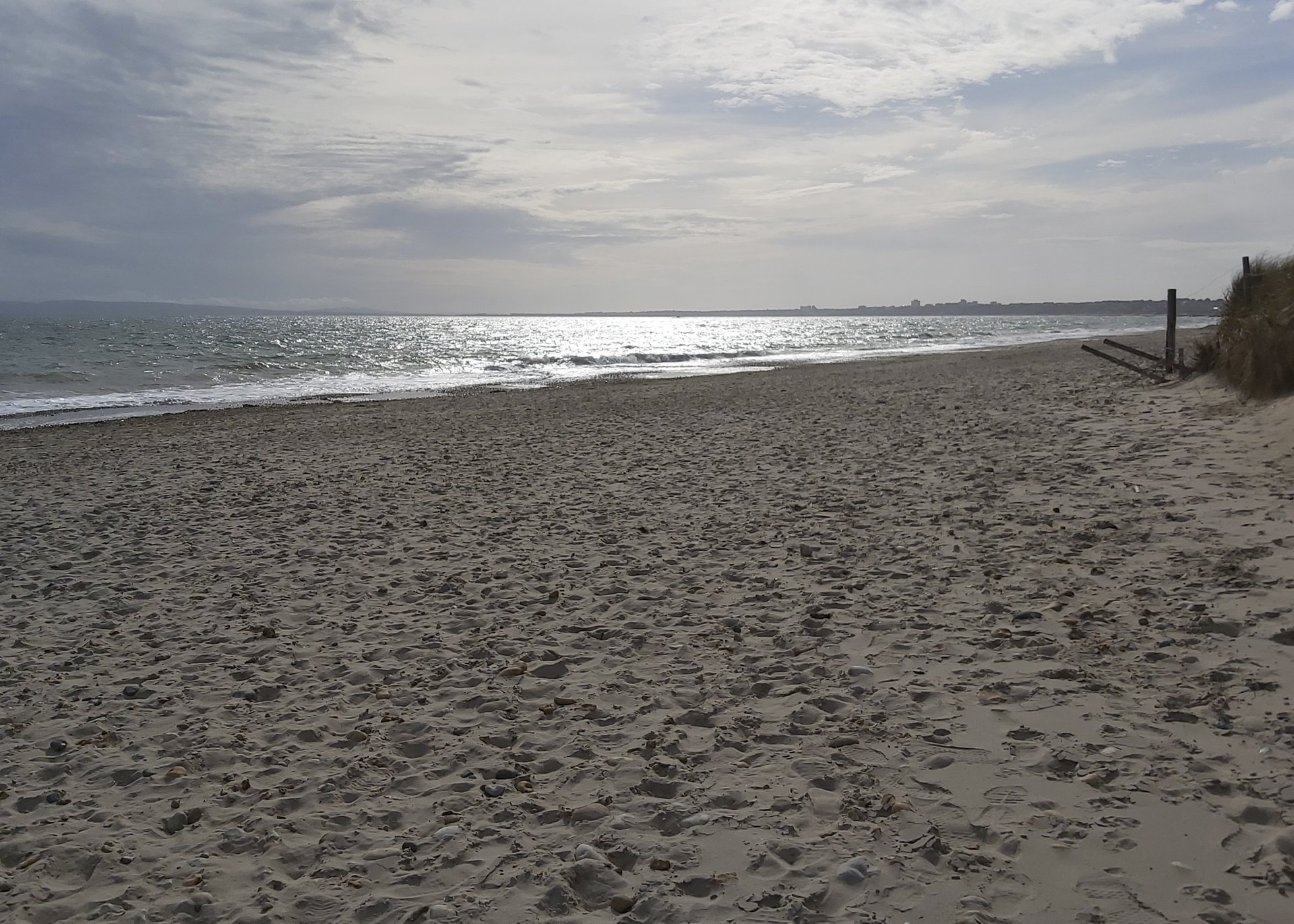 Greetings from three weeks into the KNITSONIK & Friends Colour to Knit Club! Today I’ve been editing the recording of our second Zoom session and I’m feeling thoroughly inspired. In the enthusiasm of working on the eBook and seeing what everyone else is making, I’ve been happily making my own version of our first club […] 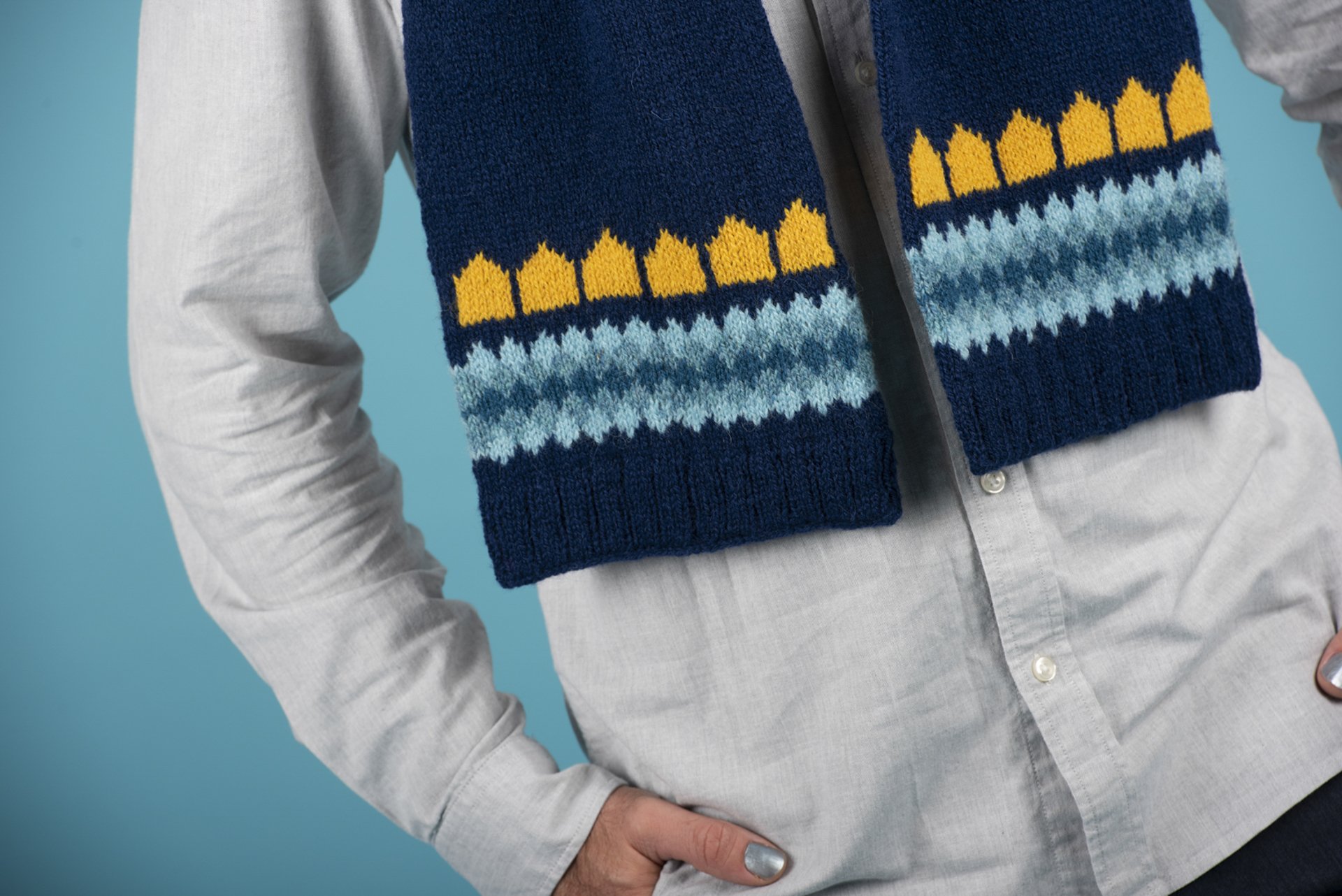 The KNITSONIK & Friends Colour to Knit Club officially opened up today – shout out to the members! – I’m really excited to share the first project with everyone who has signed up. Brightlingsea by Patricia Kimmitt (JudithJayne Design) is a lovely bold design in which the special memories of a place are celebrated with […] 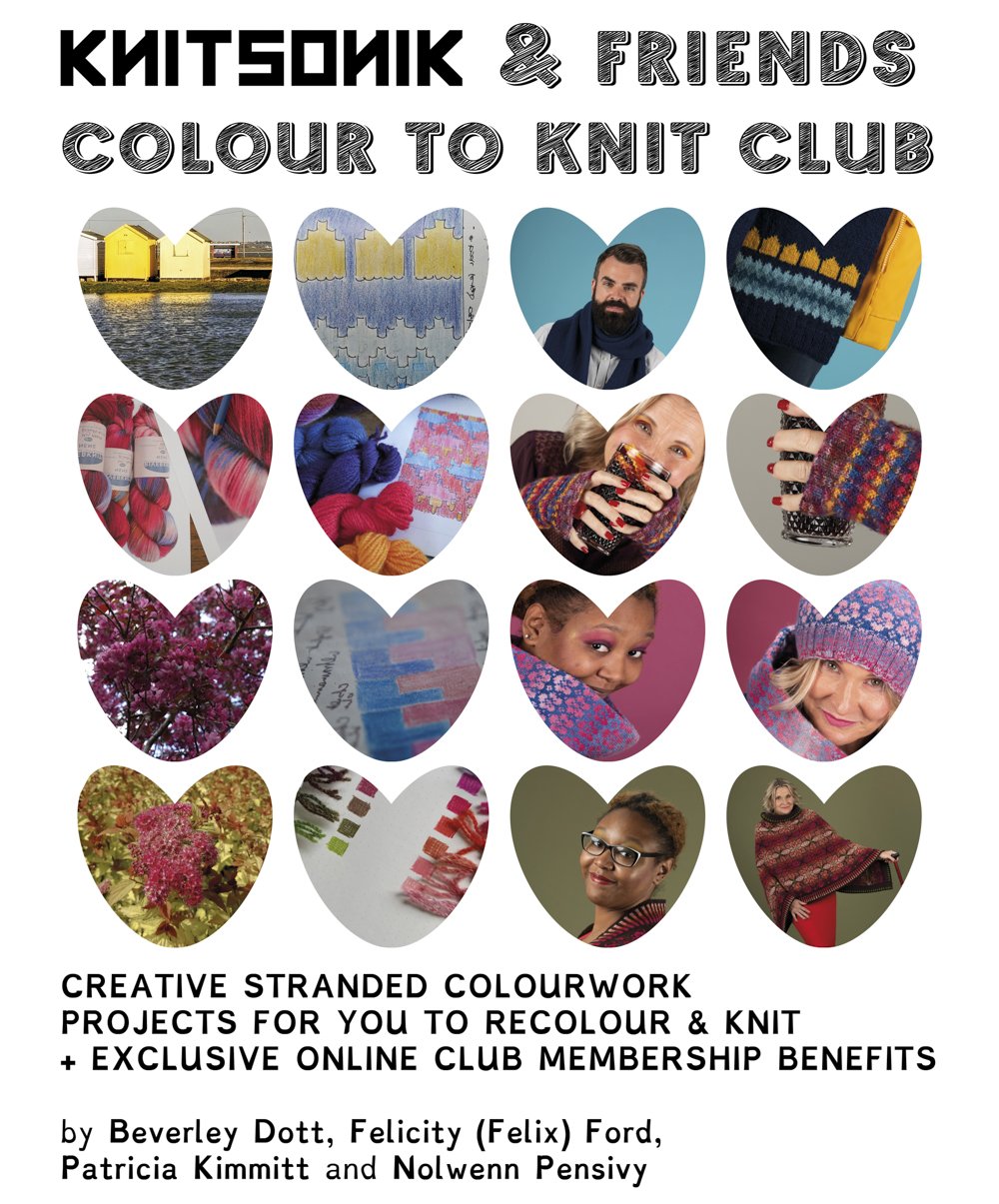 I’ve been really enjoying getting our things into THE NEW KITCHEN! The whole project deserves its own post but for now let me just show you THE RAINBOW SHELF of cookbooks! Work has also been all about playing with colour, as the KNITSONIK & Friends Colour to Knit eBook and Club launched this week in […] 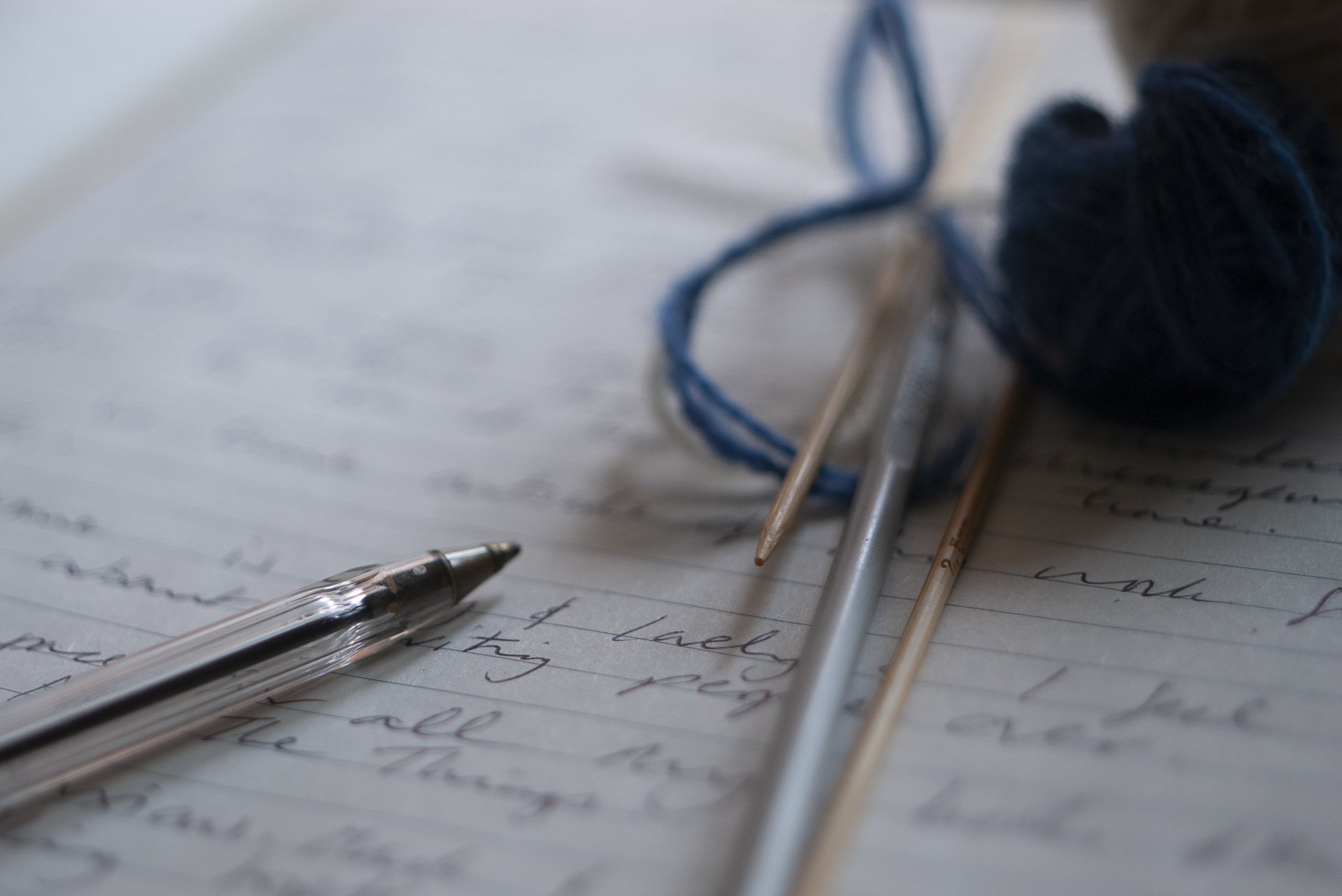 I’m really excited that, as part of their virtual May event, Vogue Knitting Live are debuting a new kind of creative class – one intended to support mental health through therapeutic writing. The new class is called “Using Therapeutic Writing to Tell Your Crafting Stories” and is led by counsellor and writer Shirley Anstis, who […] 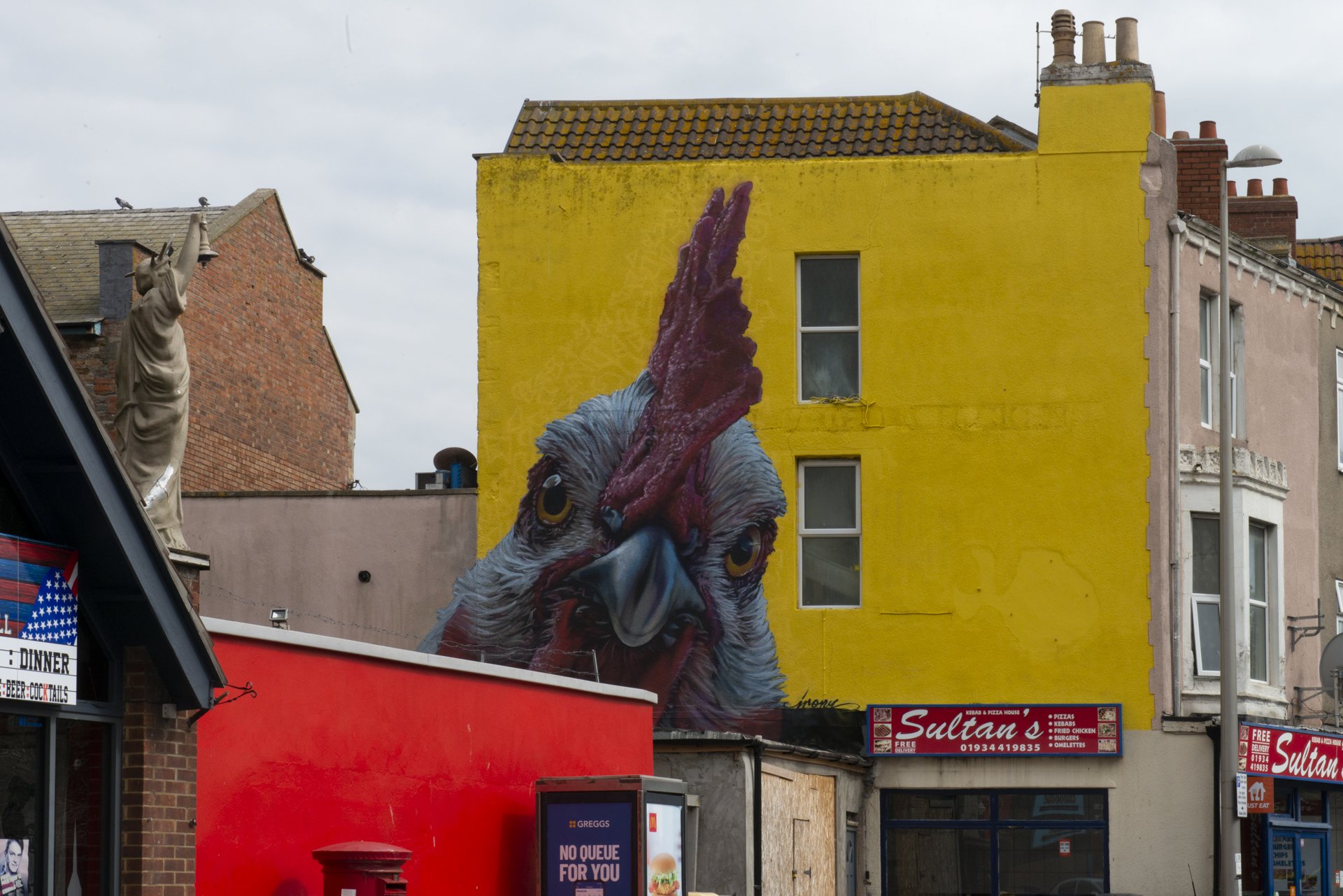 Last weekend to escape our domestic disorder, we bunked off to the Bristol Channel. Our travels began in Weston-super-Mare where we found wide open beaches, mud flats, and a glorious sense of space. We admired the Grand Pier… …and its alluring cousin, Birnbeck Pier. We also found much beautiful art in Weston-super-Mare. For example these […] 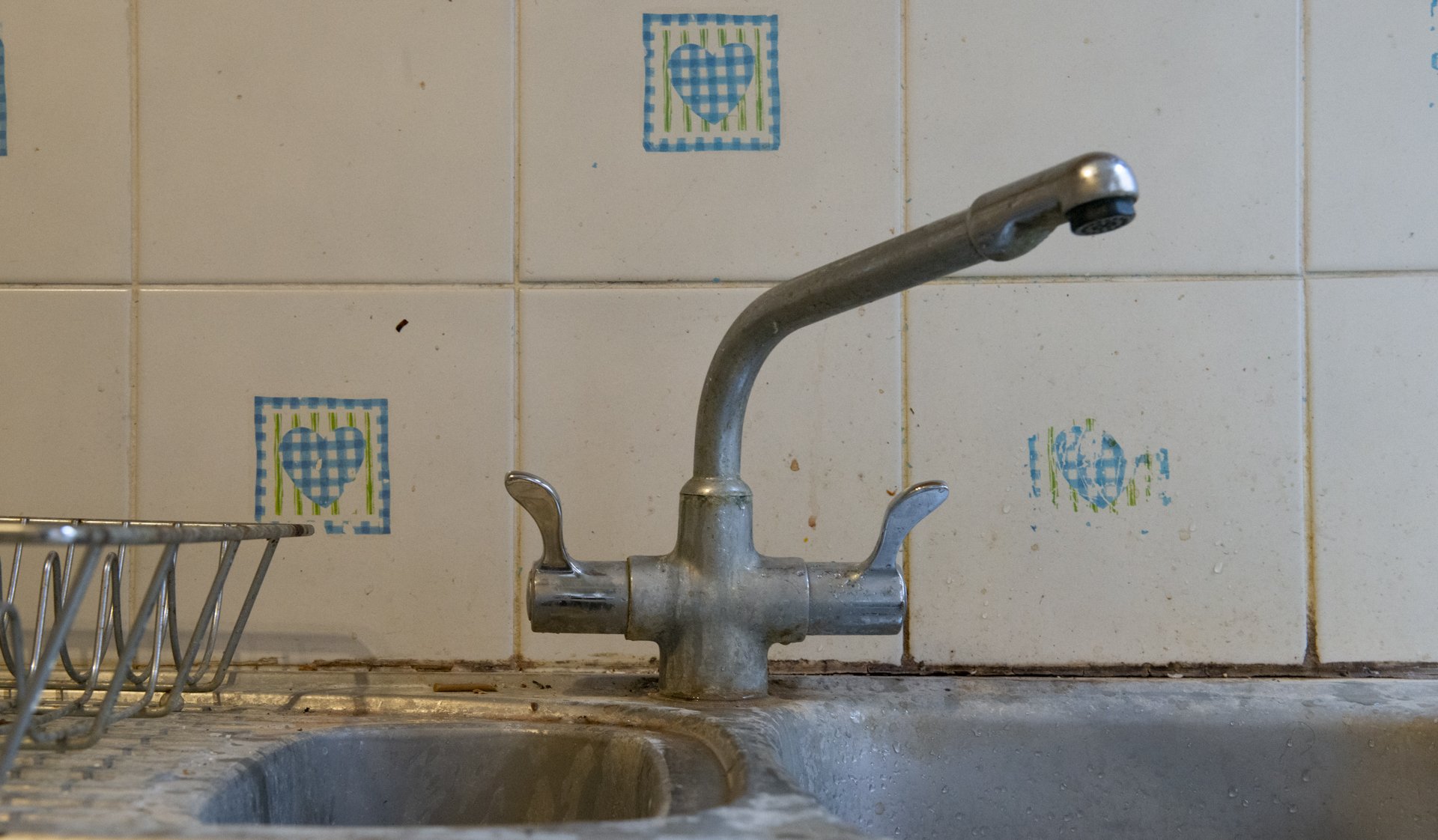 Long-term readers may remember this crusty old tap which once graced the header of my old blog, The Domestic Soundscape, and which was one of many washing-up images I made when I was recording the sounds of washing up for a commission: The Fantastical Reality Radio Show. The crusty old tap is now gone, along […]

learn to steek with SLICE!

KNITSONIK listens to, and produces content for, framework radio