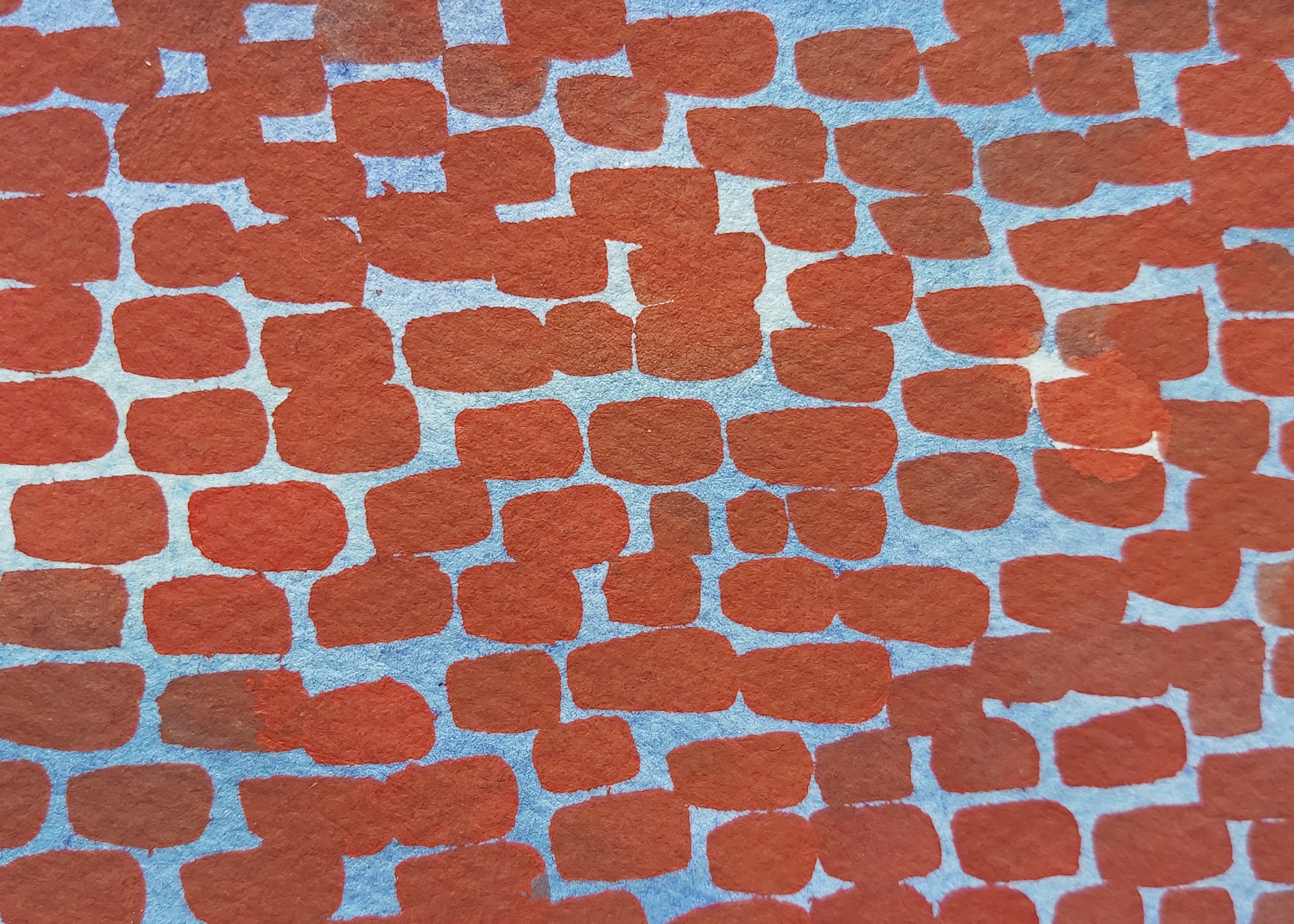 I’ve been enjoying the quiet days between Christmas Day and New Year, and using this slowed-down in-between time to think about the year that’s been, and the one to come. I thought it would be fun to turn one photo from each month into a postcard.

Dear January – we have made an exciting little goaty cheese! A tad over-salted (ahem) but squidgy with a RIND and everything. The cheese comes with good memories of having met the goats one great winter day spent driving about with Mark sourcing unpasteurised milk. We made cheddar also, but can’t taste it yet as it needs MANY months to mature (boo).

Dear February – my six-year-old niece’s Art Classes on Zoom are GO and “Aunty Felix’s Art Class” is now a *thing*. Every Thursday we jump online to celebrate an artist together; we talk about the artist’s work then create our own version of it. The Alma Thomas lesson has been especially amazing, involving many thoughtful brush-strokes and a conversation about space-travel, flowers, colours and different ways to see and record the world.

Dear March – my favourite Emcee, Artist and Author from San Francisco, Rocky Rivera – has self-published a book of essays! It’s sincere, heartfelt and moving, and brings context to all the incredible songs she releases. It comes in a special box with a sticker and is signed by Rocky herself. I read it in one go and especially appreciated her thoughts on community-building and accountability, and being able to read the lyrics for ALL MY FAVOURITE ROCKY RIVERA SONGS.

Dear April – THIS MONTH I HAD A MAGICAL ROAD-SIGHTING!!! On a family walk in Hungerford, I spotted a deeply familiar negative leaf-print on the road. My friend Vivienne originally documented this exact same one in a photo that appears in the KNITSONIK Playbook. From her picture, I recognised it at once. I told relations confused by my excited photographing of the road “it’s like I’m seeing the actual Mona Lisa for the first time in real life”!!!

Dear May – MARK AND I HAVE BUNKED OFF FOR A WEEK TO BE BY THE SEA AND IT’S INCREDIBLE. Rhossili beach in Wales is one of the greatest beaches in all the land. We have walked along it for hours and hours, taking millions of photos of starfish, and we met a few tiny shrimps in the rockpools. We have vowed to move to the sea as soon as we can.

Dear June – MY AMAZING FRIEND JEANETTE IS HERE and we are filming my Knit Stars 6 Masterclass. I’m especially happy that the film crew are filming manhole covers and brickwork patterns, and that the distinctive timbres of all the different gates in my street are being properly documented with a Sound Devices recorder and a beautiful little Schoeps microphone… Mark says “you’re happy because you’ve got everybody playing your games”… he’s not wrong.

Dear July – we’re having adventures in Lynmouth in Devon with our friends John and Juliet of John Arbon Yarns. I’ve been playing them the versions of the songs Muriel and I have made for our music boxes based on the yarns John used for the Yarnadelic range, and I’ve also been enjoying myself recording ALL THE SOUNDS OF MILL MACHINERY. Records were played, Seagulls were encountered, and a large batch of white chocolate and raspberry blondies made per Muriel’s recipe were happily consumed by all our friends at the mill. Ultimate KNITSONIK adventure.

Dear August – my entire body is covered in a miserable rash, suspected to be eczema, something to do with my overly sensitive immune system, my skin, unidentified triggers (the sun? penicillin? overreaction to insect bite? just bad luck?) I hate being itchy so much that the only thing to do is play with Monkl, who unsympathetically – when my back is turned – covered himself in piss-take red-dot stickers. Made me laugh, UNLIKE THE EVIL RASHES.

Dear September – remember the Hops seeds we gathered from hedgerows around here many years ago? Maybe 2013? Well they have now grown completely massive, into a large vine which overtakes the entire front railings before our house. We love the Hops!!! Such beautiful fragrant cones with which to flavour beer (which Mark has made) and such a lovely thing to have a long-term project. It’s taken a while but this vine is now ESTABLISHED.

Dear October – I am quite frazzled and so much has happened this year outside of these little postcards. However I’m realising just how much I need to make things with my hands and outside of work. These little diamond rubber stamps make me so happy and are a reminder of the riches to be found through simple creative play. After carving these from rubber, I’ve covered everything with them.

Dear November – Knit Stars 6 has launched which is BEYOND EXCITING and I am also thrilled to have a piece in Pom Pom Quarterly, illustrated by the amazing Sarina Mantle, AKA Wild Suga. The piece is all about the rhythms and soundworlds of textile production, and there’s an associated playlist with lots of great sounds and some of my favourite field-recordings here.

Dear December – bunked off again to be by the sea, this time in Gran Canaria.

Here’s to all of us bunking off from work more in 2022 and may it be a kinder, brighter year for all.
Yours in SELECTED HIGHLIGHTS,