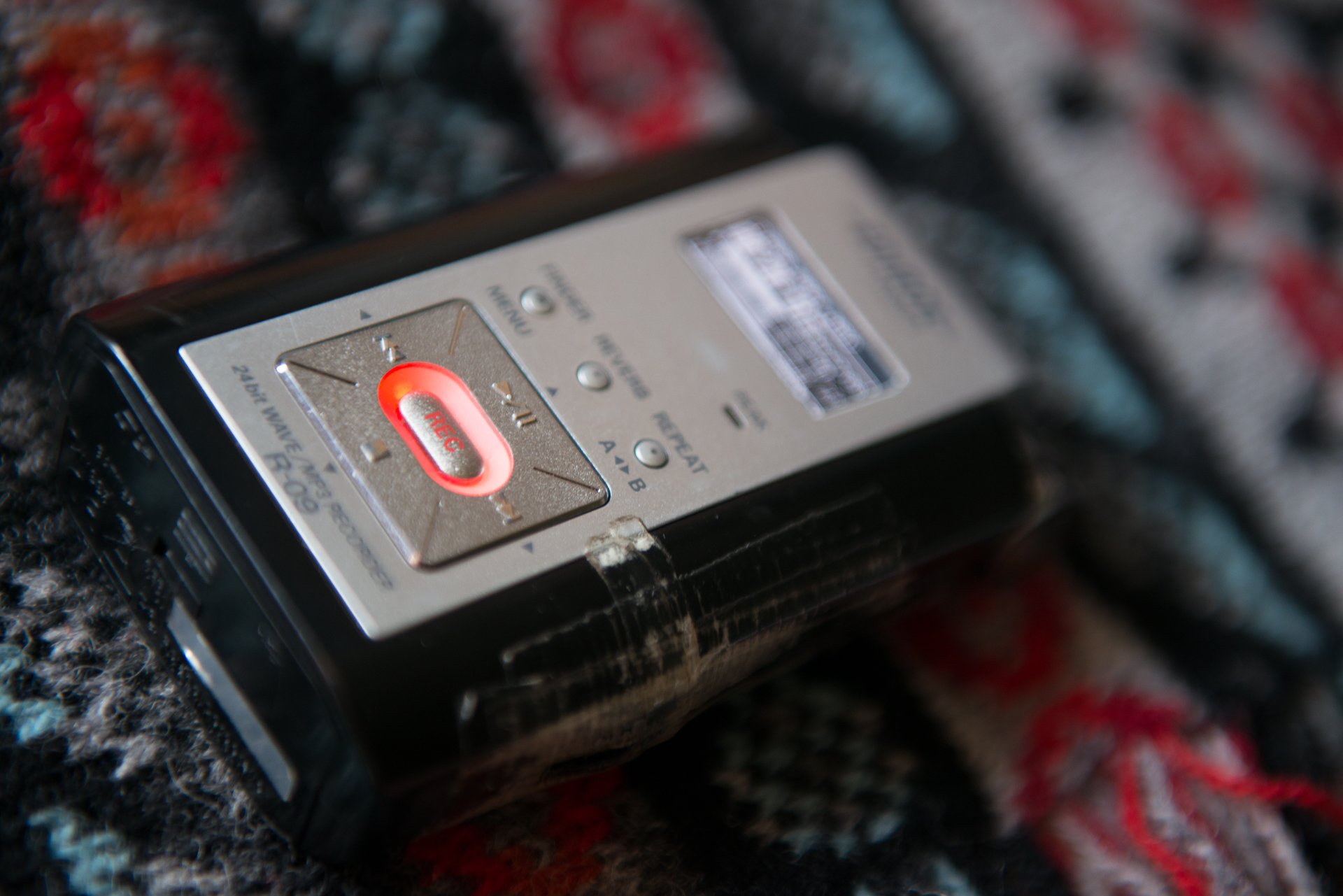 I have not had time to finish editing an interview I’m hoping to include in the next episode of the podcast currently under construction here in the KNITSONIK HQ.

…and the interview is with my dear friend Patrick McGinley. Patrick is one of my true comrades in SONIK doings; a fellow aficionado of field-recording, field-recording practices, creativity with sound, digital sound recording devices, and adventures in gastronomy.

I’ve known Patrick ever since I wrote to the framework radio show (which he produces) back in 2004; over a decade of sending sounds back and forth and collaborating here and there. Framework radio is currently celebrating its 500th show which is incredible for any radio show but particularly for one produced entirely by enthusiasts and volunteers with no funding or sponsorship. It’s also an important platform for myself and many other artists working with field recordings. I’ve been listening and contributing material to framework for over ten years now and, as you can imagine, Patrick and I had a lot of ground to cover in our interview.

While reminiscing we remembered several radio shows which may be of interest to you. So to stop the gap, so to speak, between now and the next KNITSONIK podcast offering, I thought I might share a few, along with the recent edition of framework:ephemera in which Patrick interviewed me about my favourite sound recordings by other artists, and their influence on my work.

I hope these make for happy listening, and I’ve tried to pick selections which will interest those of you with a KNITterly interest as well as those with a SONIKy interest. Click on the show titles to be taken to the framework website and all the shownotes for each episode.

– a radio show from 2009 in which I shared excerpts from a collaborative show produced with Kayle Bell and Claudia Figueiredo of Mundane Appreciation, themed all around the joy of appreciating everyday sounds

– a radio show from 2012 in which I shared some of the ideas from the commission I was then working on with the Museum of Domestic Design and Architecture, exploring their historic wallpaper archives from a point of sound

– a radio show from 2015 produced by Patrick McGinley in which he interviewed me about my favourite recordings by other artists.

One of the recordists I mention is Ludwig Koch, a leading pioneer in field recording. I love these early photos of his endeavours to document wildlife in sound and I thought you might like them too*…

…some things have changed when you think about how massive that canoe is, full of microphone cables, compared to my neat set-up here beside the shores of Loch Lomond, documenting the lapping waters in sound…

…but other things are still the same. The sounds still draw in new field-recordists, documenters and phonographers, and we can still discover new things by listening to them.

UNTIL EPISODE 10 AND MORE TALK OF ADVENTURES IN RECORDING,
YOURS IN SOUNDS,
FX

*All b/w illustrations taken from Memoirs of a Birdman by ludwig Koch, published by Phoenix House Ltd., London, 1955